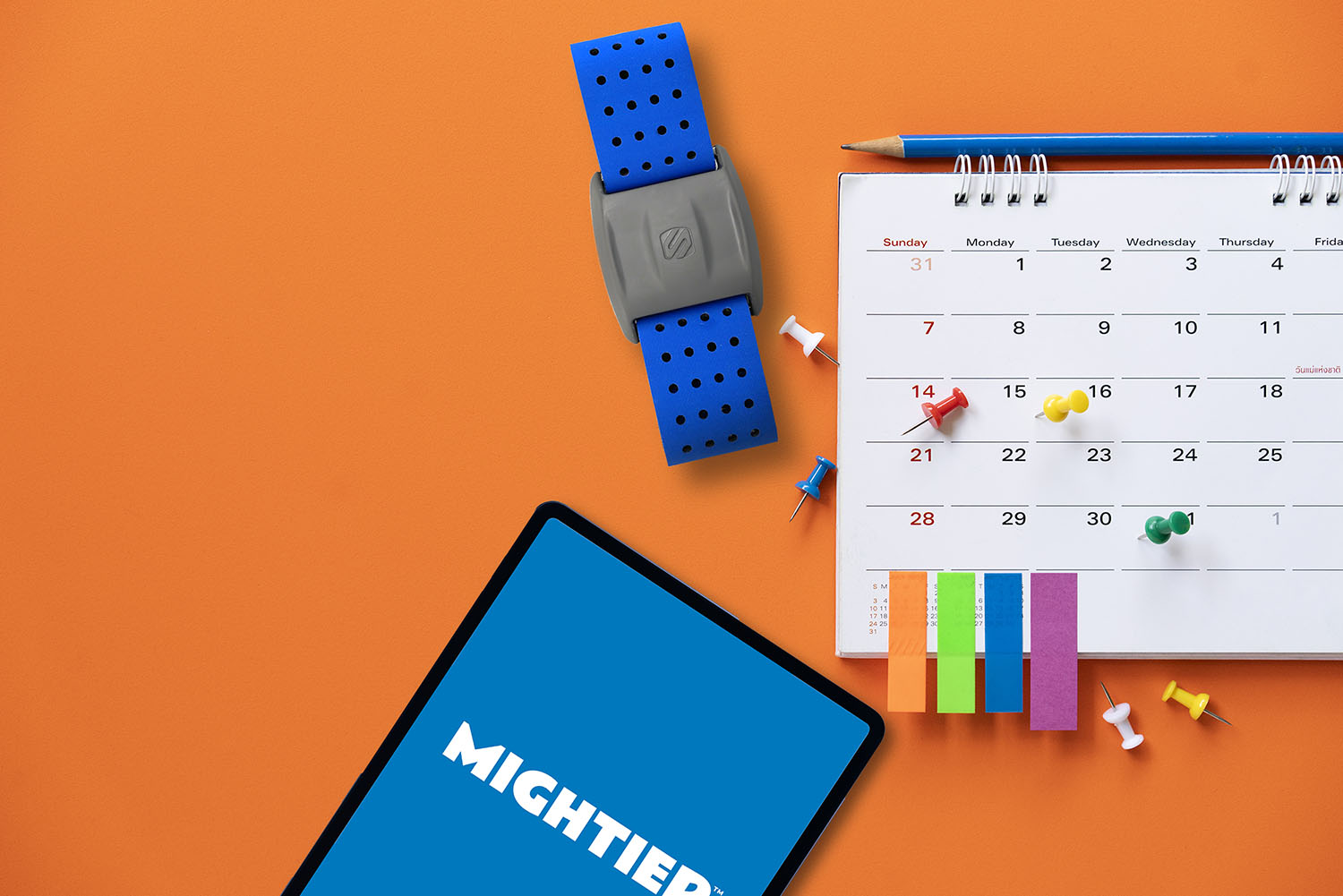 Harrison is a 20-year-old college student. He’s intelligent, funny, friendly, and engaging. Diagnosed with ASD, ADHD, GAD and postural orthostatic tachycardia syndrome (POTS), Harrison has struggled with emotion regulation throughout his life. He’s struggled to be understood, and it’s been difficult to find tools and resources that are helpful. Then he found Mightier. Harrison’s mother, Louise, shares his story.

“Isn’t it amazing that he lived for 20 years with nothing that could help him? Then he had Mightier for a week and was already starting to incorporate calming techniques into how he reacted to stress.”

As an infant, Harrison did not sleep well and did not display self-soothing behaviors. His pediatrician was at a loss to help his parents understand why he was missing many early developmental milestones. They kept asking, “Can he not do these things? Or does he just not want to?”

Within a few months of when Harrison started preschool at 4 years old, it was clear to his parents that he had developmental disabilities and emotional and social challenges. He had sensory integration and speech difficulties, and low muscle tone. To other people he appeared wildly energetic and physically uncoordinated. Louise likens his preschool art projects to Picassos — “Parts of faces were all over the place, out of place, especially the eyes, in every project.”

“Whatever it was about Mightier, it was powerful and it was fast.”

Louise remembers that there wasn’t anyone who could look at Harrison at the time and identify a diagnosis and course of treatment. By the time Harrison got to kindergarten, professionals who saw him were saying, “We don’t know. We’ve never seen anything like this.” Louise remembers a bit of early work with an Occupational Therapist who tried to help Harrison with self-regulation using the analogy of a running engine. “And our son said, ‘People are not engines. I am not an engine.’ That was about as far as we could get with self-regulation.”

Louise says that Harrison is the hardest-working person she knows. After years of daily struggles with learning disabilities, and long periods of home-schooling because of illness, he successfully graduated from his college preparatory high school. A few months later he started taking classes at the local community college, and Louise started researching Harrison’s options — could he transfer to a 4-year college and transition to independence? Academically, Harrison was making a lot of progress, but one point of concern was that at 20 years old, he was still having major meltdowns. Though he would never intentionally harm anyone, he did sometimes get physical during emotional outbursts. “He wants to be as cooperative as he can. He just hasn’t had the skills.”

“We’ve taken the stress in our house down a whole bunch of notches.”

When she saw an online ad for Mightier, Louise was immediately interested. Harrison had been taking a seminar on social skills, and she thought that Mightier could be a good way to build on those lessons. She had also seen Harrison react well to using a Fitbit to improve his sleep habits — given his interest in technology, she thought Mightier might be right for him. Harrison responded incredibly well to Mightier. He enjoyed the games, especially Gelato Flicker, Zombie Fall, and Train Conductor World.

Louise noticed that Mightier was helping Harrison within his first two weeks of playing. To the family, it seemed that Harrison had an “Aha!” moment for taking deep breaths — playing Mightier showed him the power of deep breathing to help him feel more in control and even-keeled. He has become more “collected” since he started playing, and less likely to have hair-trigger reactions. He is more aware of self-regulation and stress, and more open to using calming and self-care tools. Before using Mightier, Harrison was often unable to acknowledge his own dysregulation or to see the merits of deep breathing and other calming skills. Since he started playing Mightier, Harrison is more open to calming prompts in moments of distress, and his family can help him address stress management with strategies such as exercise, meditation, and therapy, because Mightier gave the family a way to begin the conversation.

Since starting Mightier, Harrison has experienced far fewer meltdowns, which Louise notes has made home life so much more delightful. Just a couple weeks into the family’s Mightier experience, Louise had a moment when she all of a sudden realized, “Wow. I’m so relaxed. I haven’t been this chill in twenty years.” She notes that a fair amount of the stress the family has been living with has dissipated. “We’ve taken the stress in our house down a whole bunch of notches. We can take him places, we can do things, and he can see his new skills work for himself.”

Louise says that she wishes that she and Harrison’s father had understood how to effectively teach emotional regulation from a much earlier age. She wants to share this message with other parents – the acknowledgement that sooner or later, emotional regulation is the stumbling block people with autism face. “Even successful students will run up against this problem eventually.” Louise thinks that it is important for families of kids with ASD to access tools like Mightier as early as possible. And yet, she is quick to point out, it is never too late. “Isn’t it amazing that he lived for 20 years with nothing that could help him? Then he had Mightier for a week, and was already starting to learn and to be able to incorporate calming techniques into how he reacted to stress. We’ve tried everything under the sun, and nothing else seemed to work. Whatever it was about Mightier, it was powerful and it was fast. He’s just not the same as before we started using Mightier.”